The main security factor is distance surveillance. It implies the ability to monitor places where a person is not physically present to perform a control.

Ekotec designs and produces new systems or re-converts existing systems, by using both analogue and digital technology. Our company has produced video control systems for:

We have developed acknowledged skills by facing and solving problems pertaining to each of these activities. Nowadays, we produce some of the most evolved and high-performance video surveillance systems in the market.

As for production businesses, the use of video surveillance systems implies: 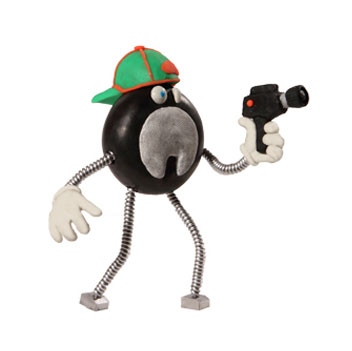 Video surveillance has a long history but an old system shall not be necessarily replaced. Much depends on the functions it shall perform. Most of the times, Ekotec is able to re-convert the existing systems of the company and update them by simply installing HD cameras and working on some components. Our updating interventions allow all the systems to dialogue, by creating efficient integrated systems including devices which use very different technologies.

The digital technology has been a revolution both in the performances and in the range of devices present on the market. The choice is determined case by case by the function the camera is expected to perform.
Basing on the viewing modes, cameras can be distinguished as follows:

The devices are also classified according to their operating procedure. Hence, cameras may be:

This field is continuously and constantly developing, and Ekotec devotes with attention and competence to all the improvements, in order to provide its clients with the best performing solution to meet all needs. Our systems are installed in different situations and contexts, after a careful study of criticalities and the selection of the most suitable tools. All operations occurs in accordance with provisions regulated by privacy laws.

A video surveillance system can become a smart system if it is integrated to a video analysis software. The results are striking, because the system can automatically recognize very different behaviors and signal suspicious situations. Some skills of a video analysis system are listed as follows:

Many of these performances depend on the system capacity of detecting movement (Motion Detection). By video controlling a specific environment, or area, analysis software monitor things and people who are on the scene, and recognize what appears in the field of vision.

Data can be extrapolated in order to allow the examination of aspects which are significant for the business. For example, if a commercial business is involved, a video analysis system can provide significant information about Customers’ behaviors, by reporting the number of people who stopped in front of a window (or an exhibition case), the stopping time and other useful information.

A closed-circuit system (TVCC) integrated to the anti-theft system increases security significantly. The system is able to create a management map which, together with the design map precision of the alarm point, shows pictures of the area involved in the event.

With the introduction of digital video recorders (DVR), footages are recorded and stored in a hard-disk, resulting in a drop of storage expenses and easier and faster data management. Shootings can be remotely watched, by accessing the system with a computer or a smartphone.