Manufatured in a vast area

Supervision of multiple fire detection systems in a large factory

Fire fighting supervision of detection systems in the industrial environment with different plants to be monitored.

Food industry whose production and logistic areas are spread over several buildings in a large area.

Aims of the system:

In the various buildings automated systems are active for smoke detection and for signaling warning and evacuation alarms. The workstation, always guarded for emergencies management and the reception receive information related to the fire alarms, and to the eventual faults, by the systems through electromechanical relays that, by their nature, give only general indications about the building in which there is the warning, without giving the exact location. 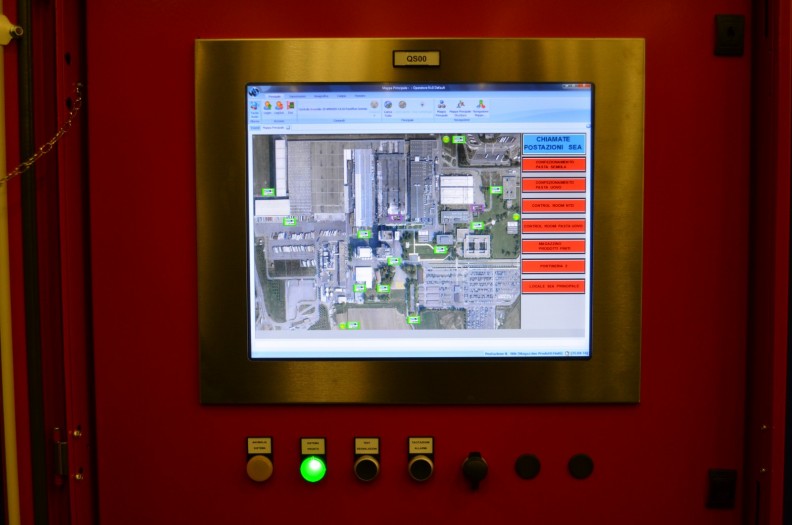 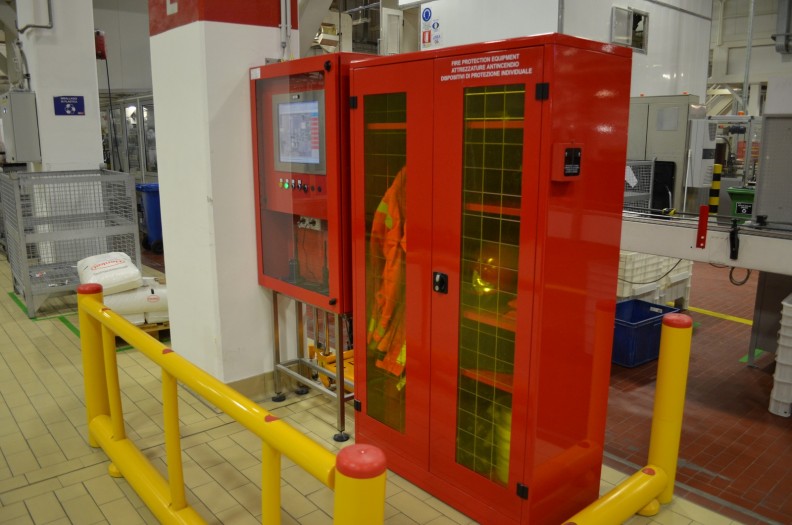 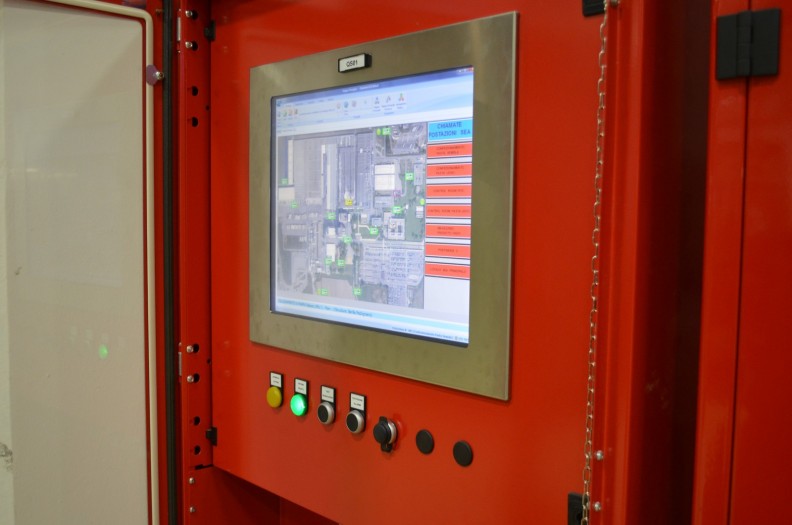 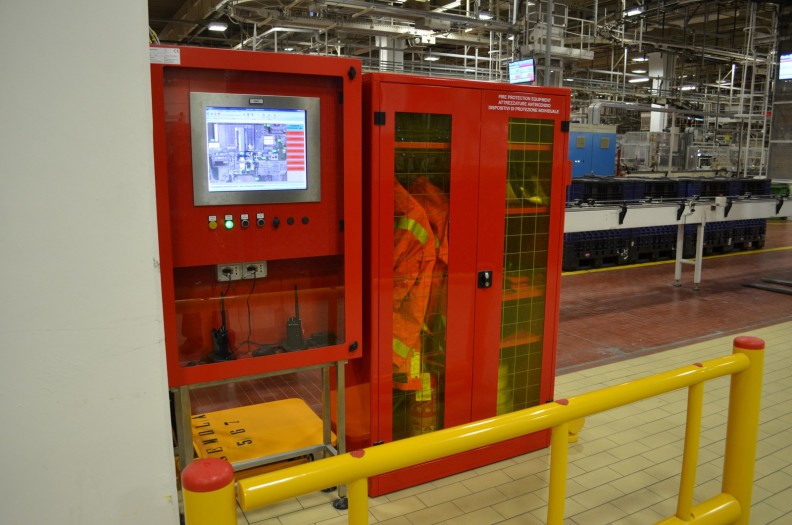 The project proposed to the customer has been developed from the evolved solution for fire fighting supervision and for technological supervision, EURONET E-Net, the supervision system Client / Server specific for big fire detection systems NOTIFIER. For the connection of the eighteen central AM2000 / AM6000 of several buildings with E-Net supervision central we designed an ethernet network infrastructure on LAYER 2 dedicated, made in fiber optic and copper. The main server for managing fire fighting system was located in the local guarded by the prevention team, while for the five Client workstations, located in the production departments, we studied the industrial computer touch screen into robust and “visible” red cabinets. The initial supervision project was refined in the management detail, working side by side with the customer team, defining the management logic of the alarms and the differentiated activations of the Client workstations in relation to the current alarm.

The realization of the project involved several weeks of intense work, for the construction plants, for the development of graphical maps customized for the configuration of more than 6000 devices (detectors, buttons, sirens) managed by the system. After an initial period of testing, during which all operators of the prevention teams made training on the new supervision, the system became fully operational improving significantly their emergency actions thanks to the speed and precise graphic localization of the place where the alarm is activated.